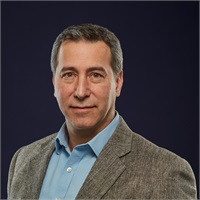 Doug brings 25 years of administrative, management, compliance, and direct client support experience to Lakeview Capital Partners.  Originally from south Louisiana, he relocated to Atlanta in 1987 and worked for Bank of America in various securities operations roles and compliance for a total of 9 years.   After leaving Bank of America he played a critical role with Voya as an advisor support representative and most recently led the advisor support team for Advisor Group for over 7500 independent financial advisors.

Doug lives in the Morningside neighborhood of Atlanta.  He enjoys playing in the dirt, DIY projects and live theatre.  He is a huge animal lover and is the lucky dad of an abandoned litter of kittens which he adopted and has nurtured for 15 years now.  He believes that we all need to be more compassionate towards all other living things.  His travel bucket list is currently on hold but looks forward to spending time in Spain and Italy.