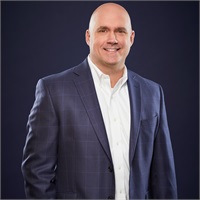 Jim grew up in Carmel, Indiana, and graduated from the University of Tennessee. He settled in Atlanta after nine years in the Army infantry, serving as both an enlisted soldier and officer. Jim began his career in wealth management with Salomon Smith Barney in 2001, focusing on retirement and income planning for high-net- worth individuals. He earned his CERTIFIED FINANCIAL PLANNERTM certification while at Smith Barney and joined Lakeview Capital in 2013 as a Managing Director.

Wanting to get back to a client-centered practice with a firm whose primary function was to support the advisor-client relationship, Jim realized that helping to create an independent firm with a world-class platform and other like-minded advisors was his goal. Lakeview Capital is that firm. Being independent has given Jim access to more products, services, and strategic partners and, coupled with his CFP® certification, allows Jim to listen first and then decide on the products or courses of action that provide the best solution for his client’s needs. He focuses on the areas of retirement planning and income, portfolio management, with an emphasis on non-traditional asset classes.

Jim lives in Smyrna with his wife, Marla, and daughter, Hayley (7), who attends Whitefield Academy. Jim and Marla are both University of Tennessee graduates and Marla is the president of Clientek Resources LLC, an HR software consulting firm. Jim is involved in various community organizations and enjoys outdoor sports and time at the beach with his girls.

Quote to live by: “It is not the critic who counts; not the man who points out how the strong man stumbles, or where the doer of deeds could have done them better. The credit belongs to the man who is actually in the arena, whose face is marred by dust and sweat and blood; who strives valiantly; who errs, who comes short again and again, because there is no effort without error and shortcoming; but who does actually strive to do the deeds; who knows great enthusiasms, the great devotions; who spends himself in a worthy cause; who at the best knows in the end the triumph of high achievement, and who at the worst, if he fails, at least fails while daring greatly, so that his place shall never be with those cold and timid souls who neither know victory nor defeat.” – Teddy Roosevelt