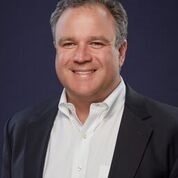 Willis joined Lakeview in 2018 as Managing Director after owning and operating Alston Capital Advisors, a registered investment adviser firm focused on managing portfolios for high net worth households, since 2012.

After graduating from the University of Georgia with a BBA in International Business with and concentration in Finance and a minor concentration in Spanish, Willis began his career with AGCO Corporation in Atlanta, GA.  Willis spent two years with AGCO working in both finance and sales capacities in Atlanta and doing project work in Mexico, Argentina, and Brazil where he lived for 6 months.

In 1998, Mr. Dobbs joined Southern Energy, Inc. (subsequently Mirant Corporation, 2001 spin-off from Southern Company) as a Corporate Finance Associate where he managed and administered the company’s debt and interest rate and currency swap portfolios until July of 2001 when he enrolled in the McCombs School of Business at the University of Texas at Austin.  He earned a Master of Business Administration degree with a concentration in Energy Finance in May of 2003.

Willis earned the right to use the Chartered Financial Analyst® designation in 2013.

Both Willis and his wife, Leigh, are natives of Atlanta.  They have two boys, Jack and Hollis, and two Yellow Labs, Cornbread and Rerun.